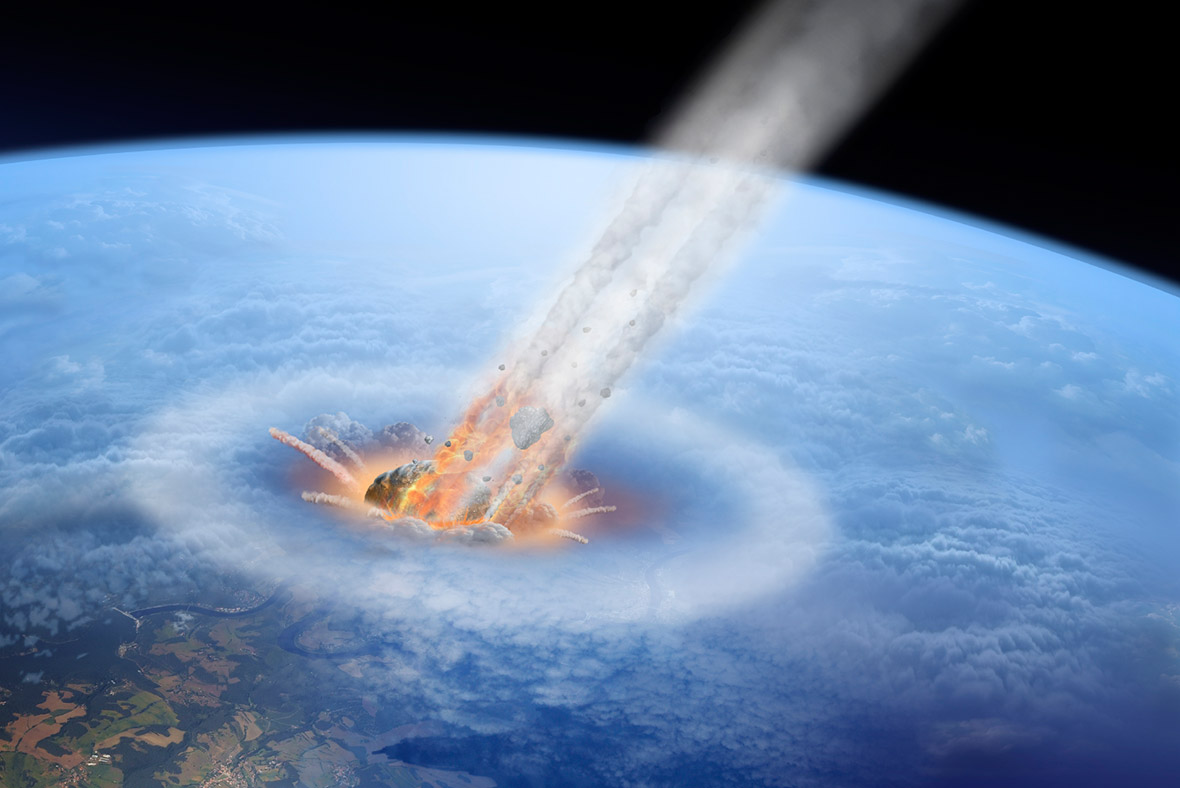 Artist's impression: Nasa has revealed that a truck-sized meteor slammed into the Earth's atmosphere at a speed of 41,600 mph on 6 February 2016iStock

Nasa has reported that a truck-sized meteor slammed into the Earth's atmosphere at a speed of 41,600mph on 6 February 2016, exploding with a force equivalent to 13,000 tonnes of TNT – nearly matching the 15,000 tonnes force of the 'Little Boy' atomic bomb which levelled the city of Hiroshima in 1945. Luckily, the point of entry into the Earth's atmosphere was 600 miles east of Rio de Janeiro and the ensuing impact was too small to generate a tsunami.

No-one was injured and there were no eye-witness reports. However, what concerns astronomers is the fact that no-one saw the meteor coming.

Every day the Earth is bombarded with around 100 tonnes of space debris, mostly tiny rocks and sand which burn up high in the atmosphere. Every few years a larger asteroid hits the earth, such as the one that hit the Russian city of Chelyabinsk in February 2013.

That meteor, estimated to be 19m across, had a force of 500,000 tonnes of TNT, making it 40 times more powerful than the 6 February meteor, which was around 7m across. The problem with these smaller asteroids of between 10-50 metres is that they are too small to spot in the vastness of space, but potentially large enough to destroy a city if they hit one head on.

Nasa's Near Earth Object Program, which listed the 6 February impact, documents both those asteroids which hit the Earth and near-misses, which happen with surprising regularity. A 30m rock is expected to skim past the Earth in March 2016. However astronomers are reasonably certain that no huge asteroids will hit the Earth within the next 100 years, and are confident they will have enough warning to do something about it.

One possibility would be sending a small spacecraft with enough mass to "pull" the meteor off a collision course with gravity. This is seen as less risky than some other strategies, such as blowing up the asteroid, as that would simply send a shower of fragments towards Earth, affecting a much larger area.

Phil Plait, who writes the Bad Astronomy blog for Slate, says the risks to Earth are small but we should keep watching the skies. "A rock this small is almost impossible to see more than a few hours before impact, but the flip side is that it's also really unlikely to do any damage.

"But once they get into the 20–50 metre range that changes; explosions from impacts like that rival nuclear bombs. Happily, they're very rare – here we're talking fewer than once per century, statistically speaking – but it would be nice if we knew they were coming. It's hard to say just what we would do if we saw one, but right now we don't even have that option."