Re: [Geology2] ‘Something Big Moving Out There’ [1 Attachment]

[Attachment(s) from Kim Noyes included below]


They keep telling themselves it was a bear or a goat to comfort themselves during their brief visits out there..... but somebody did find one of these nearby: 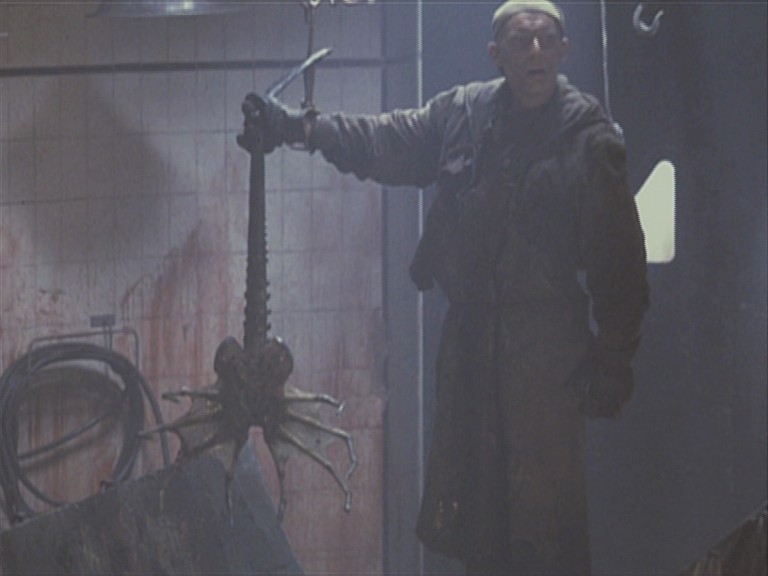 Seismic Station in Alaska Records a Disturbance That Wasn't an Earthquake: 'Something Big Moving Out There'

Recordings taken at a station that detects seismic activity at Kultieth River Mountain in southeast Alaska would suggest that the area experienced a strong disturbance earlier this month.

But it was no earthquake.

The incident recorded by the Alaska Earthquake Center's seismic sensor, according to KTUU-TV, was actually the work of a bear, or at least that's what scientists think.

"We aren't sure for certain it was a bear, but the data shows indicates it was something big moving out there before the data stopped coming in," field engineer Scott Dalton told the news station.

The shaking detected by the station lasted for eight minutes and then transmission stopped.

"We still have power out there so we think that means that an animal dug up the cables between the sensor and the fiberglass hut that provides power," Dalton told KTUU. 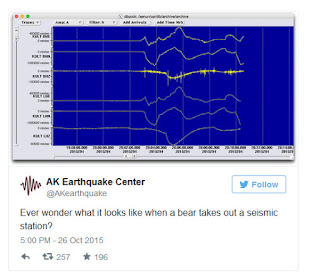 Evidence of chewing was discovered on the lids of containers that hold the seismic sensors.

"Ever wonder what it looks like when a bear takes out a seismic station?" the center tweeted this week. 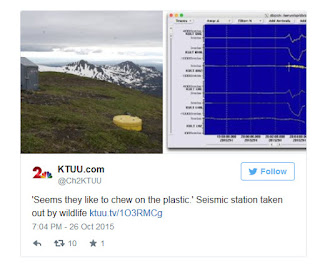 It appears that this station has been the target of other animal attacks the past as well.

"This same station was damaged last year by what we think was a goat," Dalton told the news station.

KTUU reported the station will not undergo repair until next year.

Attachment(s) from Kim Noyes | View attachments on the web