How Mount Etna Helped Geologists Understand The Birth Of Volcanoes 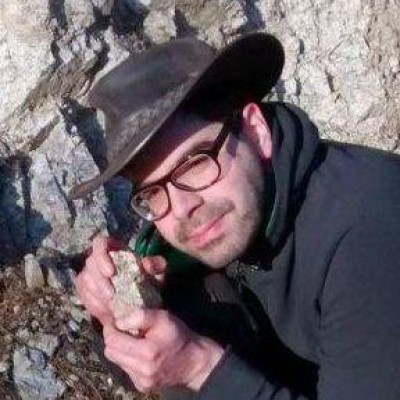 Opinions expressed by Forbes Contributors are their own.

Lava flows from the Mount Etna volcano on the southern Italian island of Sicily, near Catania, on December 6, 2015 at night. (GIOVANNI ISOLINO/AFP/Getty Images)

Mount Etna is the largest active volcano in Europe. The oldest volcanic deposits are 230,000 years old and the constant activity of the volcano has been noted for the last 3,500 years, especially the last 400 years are well documented.

Historic eruptions were recorded in the year 479 B.C., then again in 1329, 1381 and 1536. One of the largest and most destructive eruptions occurred in March-July 1669. It had a 14 kilometer (8 mile) long lava flow, and even though it was partially deviated from its path by an artificial dam, it destroyed part of the city of Catania, obstructed the harbor and caused many casualities.

The volcanic activity has continued well into the 21th century. Since 2001, Etna has been more or less active (in 2002 and 2003 the volcano produced spectacular ash plumes), with a short pause in 2008, and since 2011 the volcanic activity increased again, culminating in this year's Fire & Lightning-Show.

The size, location (Italy is worth visiting for a lot of reason) and constant volcanic activity have made Mount Etna an important destination for early traveling geologists.

Eruptions of Mount Etna explained as whirlwinds from the underground, one of more exotic geological theories proposed in 1836 by Comte A. de Bylandt-Palstercamp in his book "Théorie des volcans"

In the 18th century, Lord William Hamilton, a British diplomat in Naples, became fascinated by volcanoes after experiencing an eruption of Mount Vesuvius. Hamilton studied the Italian volcanoes and used historic descriptions and the vegetation covering Vesuvius and Mount Etna to estimate their ages, concluding that both volcanoes were very old.

View of Mount Etna from Hamilton´s "Campi Phlegraei, Observations on the Volcanoes of the Two Sicilies"; Plate 36, Mt. Etna (1776), based on a painting by Pietro Fabris (an artist hired by Hamilton to illustrate his research); the volcano was quiescent when they visited Sicily in 1769. The lower slopes of the mountain are dotted with minor cones, the prominent double cone of Monti Rossi (on the left) had been formed during the great eruption of 1669, together with a huge lava flow (visible behind the buildings) that had threatened to engulf the city of Catania

These old ages implied that volcanoes can be active for thousand of years - perhaps even longer - an important insight at a time when earth was considered maybe just 6.000 years old and volcanoes only local features, with little or no significance in shaping the landscape.

Based on the assumed local nature of volcanoes, the French geologist Elie de Beaumont, following research by the eminent German geologist Leopold von Buch, published a study in 1838 suggesting that Etna had been formed by the accumulation of single lava flows over time. However, these flows were deposited horizontally and only later tilted. Most geologists at the time believed volcanoes formed like a bubble on Earth's crust: geological forces pushed up the ground to form a mountain. The peak of this newborn mountain, however, was believed to be unstable and as the summit collapses – forming the volcanic crater – magma emerges from the underground, causing a volcanic eruption.  Lava and ash where therefore secondary features of an active (strato-)volcano and not the primary construction material of the entire volcanic mountain. Elie de Beaumont, together with colleague Armand Dufresnoy, even tried to prove that the slopes of modern volcanoes are too steep to be formed by solidified lava flows!

However, the eminent Victorian geologist Charles Lyell was not convinced by this explanation. He visited Mount Etna on a number of occasions and in 1858 published a paper with the title "On the Structure of Lavas which have consolidated on Steep Slopes: with Remarks on the Mode of Origin of Mount Etna and on the Theory of "Craters of Elevation."

Based on careful observation of ancient lava, he deduced that these flows solidified on steep ground. He also recognized that the lava flows came from two distinct craters, so he argued:

Topographic map of Mount Etna in 1823 (reprinted in 1844 in Leonhard "Vulkan Atlas") by Mario Gemmellaro, displaying lava flows, cones and villages in the surroundings of the volcano

If volcanoes formed by the elevation caused by a single central magma-bubble, it was not possible that lava would flow in different directions or come from various, separated craters. Ash and lava, so Lyell concluded, poured out from various fissures and craters, thus every new solidified lava flow and ash layer would add material to the growing stratovolcano.

An extinct volcano in the French region of Auvergne shows the typical structure of a stratovolcano, successive layers of lava, volcanic ash and debris will over time form a respectable mountain. (Image by the author)

A volcanic eruption in the Mediterranean Sea later confirmed Lyell's observations and made it clear that volcanic mountains don't form like a bubble, but rather grow over time: this important event in the history of geology will be the birth of the island of Ferdinandea, which was explored by the ship "Etna".

RUDWICK, M.J.S (2005): Bursting the limits of time – The reconstruction of Geohistory in the Age of Revolution. The University of Chicago Press, Chicago, London: 708