[Attachment(s) from Rick WA6NHC included below]

Take a look at the instantaneous rate. 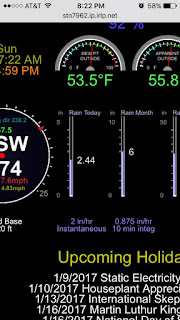 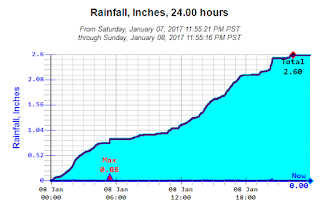 2005 was such a year of lots of rain spread out... nobody remembers because not much happened worth remembering in contrast to February 1998, January 1997, January & March 1995, et al.

Shades of 97....!
Here's hoping that's the worst we get, eh?
PLENTY of water up Butte County way; many drainages are not only running full but running over.  Roads that don't normally flood are flooding; and oh, joy, the 'hundred year flood bridge' and culvert they just put in up the road from me is overrun.  Badly.
Much as I appreciate an effective rain dance, a bit of relaxation about delivery wouldn't hurt my feelings a bit--just spread it OUT a touch!
PA

Attachment(s) from Rick WA6NHC | View attachments on the web