[californiadisasters] Interactive Map: A History of Wildfires in CA

Interactive map: A history of wildfires in California

Fire crews battle thousands of wildfires in California every year. This map shows areas burned in over 7,000 of the largest wildfires between 1950 and 2010. It includes data from the California Department of Forestry and Fire Protection and federal agencies including the U.S. Forest Service. The fires shown here all are estimated to have burned more than 100 acres, but the data does not include some grass fires that burned fewer than 300 acres.

Burned areas are represented as red shapes. Use the buttons below the map to select the time frame you wish to view (the map currently shows fires since the year 2000). Pan and zoom the map to focus on your area of interest. Click the satellite button to see what the burned areas look like today.

If the map is slow to load, try zooming in or out or panning the view. 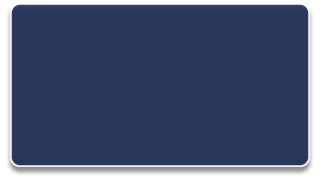 Map
Satellite
All the fires, since 1950

Notes: Estimated acre figures shown here are based on the size of the fire perimeter illustrated. These estimates may vary significantly from the acreage reported burned at the time of the fire, often because of unburned "islands" within the fire perimeter. Damage figures are the estimated dollar cost of damage or loss caused by the fire. They do not include fire-fighting costs. While this map is based on the most comprehensive fire database available, fire officials warn that many fires may still be missing.

Copyright 2011 . All rights reserved. This material may not be published, broadcast, rewritten or redistributed.
--
Check out http://groups.yahoo.com/group/californiadisasters/
Read my blog at http://eclecticarcania.blogspot.com/
My Facebook: http://www.facebook.com/derkimster
Linkedin profile: http://www.linkedin.com/pub/kim-noyes/9/3a1/2b8
Follow me on Twitter @DisasterKim