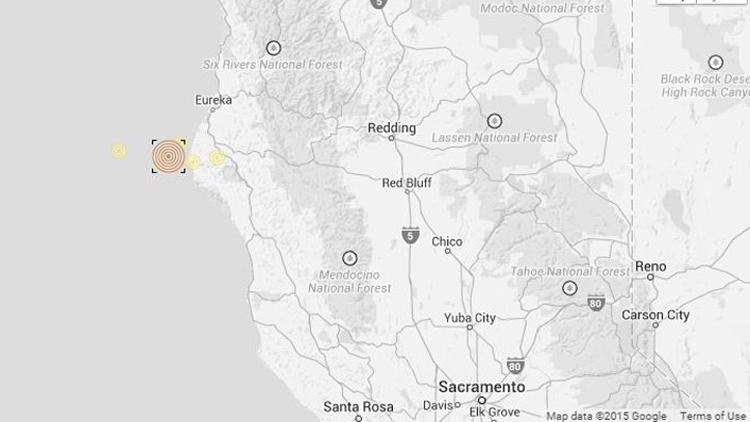 A map shows the approximate location of the epicenter of an earthquake near Ferndale, Calif., on Wednesday afternoon.

A magnitude 5.7 earthquake hits off Northern California coast, according to USGS

A magnitude 5.7 earthquake was reported Wednesday afternoon 25 miles from Ferndale in Northern California, according to the U.S. Geological Survey.

According to the U.S. Geological Survey, the quake's epicenter was just off the coast and caused light shaking in some parts of the North Coast area, including Ferndale and Eureka. The USGS said the temblor was also felt farther inland in Chico and Red Bluff.

On social media, some residents said the quake lasted about 5 seconds and did not include a sharp jolt.

There were no reports of damage from the 1:08 PST quake, which was recorded at a depth of 10.6 miles and was followed by several aftershocks.

The North Coast is a relatively active seismic area.