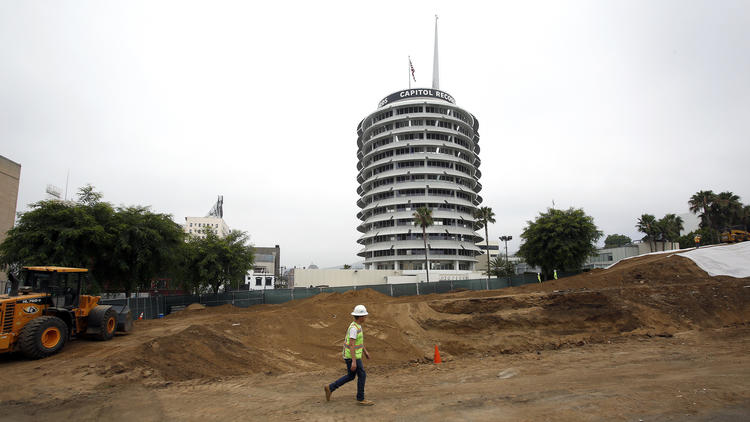 The head of the California Geological Survey said he is willing to consider changing a preliminary map of the Hollywood earthquake fault, but needs hard data not yet provided by developers who dispute the state's first draft.

Earlier this month, a consultant for developers of the Millennium Hollywood skyscrapers and other nearby projects concluded there are no active earthquake faults underneath their properties. But state geologist John Parrish said in an interview Tuesday that he has still not received technical data backing up those assertions.

We're not going to be moving the fault lines or the traces without some real evidence - John Parrish, state geologist

If the data is not provided soon, it could be impossible for the state agency to finish analyzing it before the deadline to publish the final map. It must be published 90 days after the conclusion of public comment, which ended Aug. 14.

Once a final map is published, owners of land in the Hollywood fault zone will be generally required to do in-depth studies to ensure new construction will not occur on an active fault. The fault zone is roughly 500 feet on each side of the fault's estimated path.

"We're not going to be moving the fault lines or the traces without some real evidence," Parrish said.

The big question, Parrish said, is whether faults found in the area triggered earthquakes in the last 11,000 years, which would make them "active" under state law. California law generally bans new construction on active faults.

"Those traces may not have been active," Parrish said, "and that's what we're looking at."

Earthquake faults can have many parallel cracks, like a fractured car windshield. The Hollywood fault overall is active, Parrish said, but some sections may not have moved in the last 11,000 years. 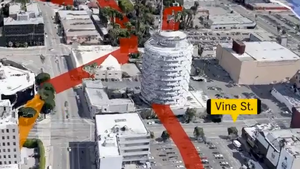 While Parrish said he was open to moving the fault line on the state's map, he was not expecting to erase it completely in this area, as the developers' consultant requested. There is hard data, he said, of the fault existing on Cahuenga Boulevard south of Yucca Street, one block west of Millennium.

"We still think that there are some active faults going through that area," Parrish said. "It's not a matter of, sort of, erasing it. It's a matter of repositioning."

Depending on what the data shows, Parrish said one possibility is that the map's earthquake fault lines could be moved north of the former KFWB radio studio, where a 16-story residential and office building is planned north of the Millennium project, and another line currently going through the Capitol Records tower would be moved farther south.

"But we're not certain yet," Parrish said. "We have not seen the hard evidence yet."

Michael Reader, the consultant for the developers, has said his firm's studies showed no active faults underneath either Millennium Hollywood or the site of the former KFWB studio.

Reader said he does not believe the California Geological Survey has enough evidence to support drawing an active fault zone through these properties.

We still think that there are some active faults going through that area. - John Parrish, state geologist

"If he's not going to remove the zone, and just revise it, I would ask Dr. Parrish: Based on what data?" Reader said Friday.

Minor earthquake faults were found on two properties across the street, on the east side of Argyle Avenue, which tests showed were inactive, Reader said.

There was also a minor inactive fault under the former KFWB site, Reader acknowledged in an interview. He said that fault last moved more than 35,000 years ago and is not a main trace of the Hollywood fault.

Millennium officials have said no earthquake fault, active or inactive, was found on its property.

Structures directly on top of faults are especially vulnerable in a major earthquake because their foundations can split as the two sides of the fault move past each other.

Reader said he plans to submit the technical data for the site of the former KFWB studio within a week, and file reports for the other three properties by the end of September.