MANILA, Philippines - The Philippine Institute of Volcanology and Seismology (Phivolcs) recorded at least seven volcanic earthquakes around Taal volcano while one rock fall event was observed at Mayon volcano in the past 24 hours.

In Taal, the agency also noted an increase in water temperature at the eastern part of the main crater lake last Aug. 21.

But Phivolcs yesterday said alert level 1 remains in effect over Taal volcano, meaning a hazardous eruption is not imminent.

Phivolcs continued to remind the public that the main crater remains "strictly off-limits" because sudden steam explosions may occur and high concentrations of toxic gases may accumulate.

It added that the northern portion of the main crater rim, in the vicinity of Daang Kastila Trail, could also become dangerous when steam emission along existing fissures suddenly increases.

Phivolcs said the entire volcano island is a permanent danger zone and not for permanent settlement.

Meanwhile, aside from one rock fall event, Phivolcs also recorded a moderate emission of white steam plumes at Mayon volcano. 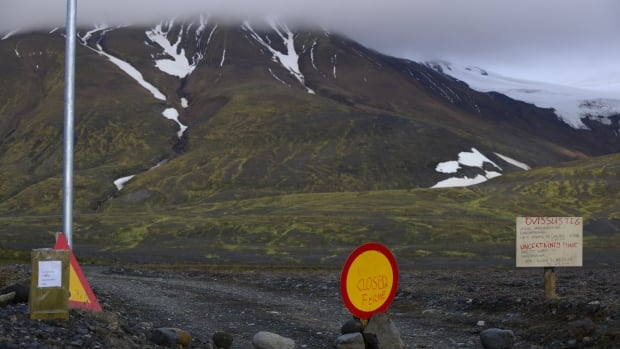 Seismic activity at Iceland's Bardarbunga volcano eased slightly overnight Sunday to Monday after a series of large quakes over the weekend, and there were still no signs of an eruption, according to the Icelandic Meteorological Office. (Sigtryggur Johannsson/Reuters)

Seismic activity at Iceland's Bardarbunga volcano eased slightly overnight after a series of large quakes and there were still no signs of an eruption, the country's Met Office said early on Monday.

Authorities have been on alert since increased movement at Iceland's largest volcano system this month triggered memories of the eruption of the Eyjafjallajokull volcano in 2010 that shut down much of Europe's airspace for six days. 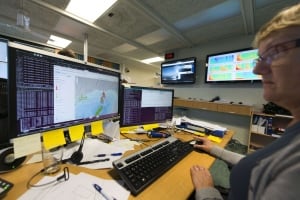 Bardarbunga, located under the ice cap of a glacier, was hit by a magnitude 5 quake late on Sunday, one of several large quakes during the day.

"There have been no large events at the Bardarbunga volcano since yesterday and there is no sign of volcanic tremors," Gunnar Gudmundsson, geophysicist at the Icelandic Met Office said Monday.

"There is still high activity, but maybe not so intense as yesterday."

On Sunday, Iceland lowered its warning code for possible volcanic disruption to the aviation industry to orange from red, the highest level on the country's five-point alert system, after concluding that seismic activity had not led to a volcanic eruption under the glacier. 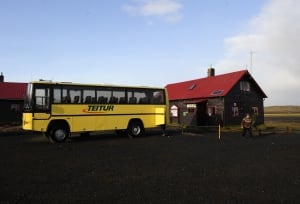 A tourist bus is prepared for departure in Myji Dalur, Iceland, last week when an eruption looked more likely and tourist lodges near to Bardarbunga were evacuated. (Sigtryggur Johannsson/Reuters)

Red alert indicates an eruption is imminent or underway with a significant emission of ash likely.

There have been thousands of smaller quakes over the past week at Bardarbunga. Areas around the volcano, in the centre of the North Atlantic island nation, have been evacuated.

Bardarbunga is in a different range from Eyjafjallajokull.