Modern humans escaped extinction due to their farther-flung populations?

Catastrophic volcanic eruptions in Europe may have culled Neanderthals to the point where they couldn't bounce back, according to a controversial new theory.

Modern humans, though, squeaked by, thanks to fallback populations in Africa and Asia, researchers say.

About 40,000 years ago in what we now call Italy and the Caucasus Mountains, which straddle Europe and Asia, several volcanoes erupted in quick succession, according to a new study to be published in the October issue of the journal Current Anthropology.

It's likely the eruptions reduced or wiped out local bands of Neanderthals and indirectly affected farther-flung populations, the team concluded after analyzing pollen and ash from the affected area.

Varying concentrations of pollen found in key sediment layers in Russia's Mezmaiskaya Cave, correlated with patterns in ancient ash layers in the region, suggest that plant populations crashed after the volcanic eruptions, the study says.

The researchers examined sediments layer from around 40,000 years ago in Russia's Mezmaiskaya Cave and found that the more volcanic ash a layer had, the less plant pollen it contained.

"We tested all the layers for this volcanic ash signature. The most volcanic-ash-rich layer"—likely corresponding to the so-called Campanian Ignimbrite eruption, which occurred near Naples (map)—"had no [tree] pollen and very little pollen from other types of plants," Cleghorn said. "It's just a sterile layer."

The loss of plants would have led to a decline in plant-eating mammals, which in turn would have affected the Neanderthals, who hunted large mammals for food.

"This idea of an environmental cause for the Neanderthals' demise has been out in the literature. What we're trying to do is point out a specific mechanism," said study team member Naomi Cleghorn, an anthropologist at the University of Texas, Arlington.

Other theories propose that modern humans played a vital role in the fall of the Neanderthals, either through competition, warfare, or interbreeding.

If the volcanoes theory is correct, the Neanderthals' end was much more tragic: dying slowly in a cold and desolate landscape bereft of food sources.

"It's hard to say what it would have been like to be the last few groups out there, seeing other groups less and less over the years," Cleghorn said.

(See pictures of a reconstructed Neanderthal )

The Neanderthals were a hardy species that lived through multiple ice ages and would have been familiar with volcanoes and other natural calamities. But the eruptions 40,000 years ago were unlike anything Neanderthals had faced before, Cleghorn and company say.

For one thing, all the volcanoes apparently erupted around the same time. And one of those blasts, the Campanian Ignimbrite, is thought to have been the most powerful eruption in Europe in the last 200,000 years.

"It's much easier to adapt to something that's happening over a couple of generations," Cleghorn said. "You can move around, you can find other places to live, and your population can rebound.

"This is not that kind of event," she said. "This is unique."

There may also have been small bands of Homo sapiens living in Europe at the time, Cleghorn said. They too would have been affected by the eruptions.

But modern humans likely avoided extinction because they had larger populations in Africa and Asia, she said, while most Neanderthals were in Europe around this time. (Related:

"With their small population groups, Neanderthals did not really have a great source population," Cleghorn said.

"They didn't really have the numbers and the density" to rebuild their populations after the eruptions.

"Not Convinced" by Volcanoes Theory

The researchers acknowledge that there are gaps in the volcanoes theory. For instance, the time line needs to be better defined—did the volcanic eruptions occur in a period of months, years, or decades?

"At this point, it's impossible to pin down a reliable date" for the eruptions, Cleghorn said. "We can't say, This eruption happened 50 years before the next eruption. We just don't have that kind of resolution."

It's also unknown exactly how long it took the Neanderthals to die out—or how long after the eruptions modern humans began settling Europe in force, she said.

Anthropologist John Hoffecker, though, suggests that modern humans had already begun crowding out Neanderthals in Europe long before the eruptions in question.

Judging from discoveries of modern-human artifacts in former Neanderthal strongholds, Hoffecker said, "Neanderthals were clearly in trouble well before 40,000 years ago, because modern humans were occupying certain places, such as Italy, where Neanderthals had been present. So something clearly had gone wrong there."

"I'm not entirely convinced that's the case either," said Hoffecker, of the University of Colorado. "But at least that's a plausible scenario that's consistent with the chronology."

Study co-author Cleghorn counters that the modern human populations living in Europe 40,000 years ago were small and isolated, and only after the Neanderthals were gone did Homo sapiens populations explode.

"If modern humans were making any forays into European Neanderthal territory prior to this, they were doing it only on the very margins," Cleghorn said.

"What was keeping them from moving very quickly into the heart of Europe? We think Neanderthals were still holding their own and might have held out for much longer, if it hadn't been for the devastating impact of these eruptions." 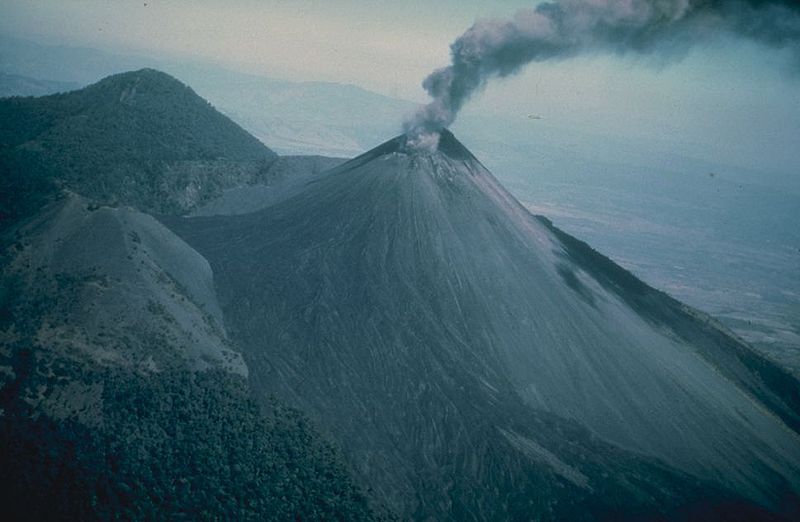 Electricity from Volcanoes in Guatemala

Solar, wind, wave power, tidal power, ethanol: plenty of green sources of energy, But now there is a new one: volcanoes! Technically, volcanoes fall under the category of geothermal power, but they aren't your typical hole-in-the-ground geothermal wells.

Ormat Technologies (ORA) has tapped into the Pacaya volcano in Guatemala. The country's goal is to have 60% of its energy generated from volcanoes, along with hydro power. Guatemala isn't the only country tapping into this source of power. There are plenty of other Central American countries jumping on the bandwagon, including Costa Rica, El Salvador, and Nicaragua.

Ormat is the big player in the geothermal field. This $1.3 billion market cap company has a price to earnings ratio of 34 and pays a small yield of 0.7%.

Other stocks that generate electricity from geothermal include PG&E Corp. (PCG) the California-based electric and gas utility that serves 5 million customers. The company's electrical generation comes from geothermal, natural gas, nuclear, hydro, coal, wind, and several other types of renewable sources. The P/E is 15 and the PEG is 1.94. The stock yields 4%.