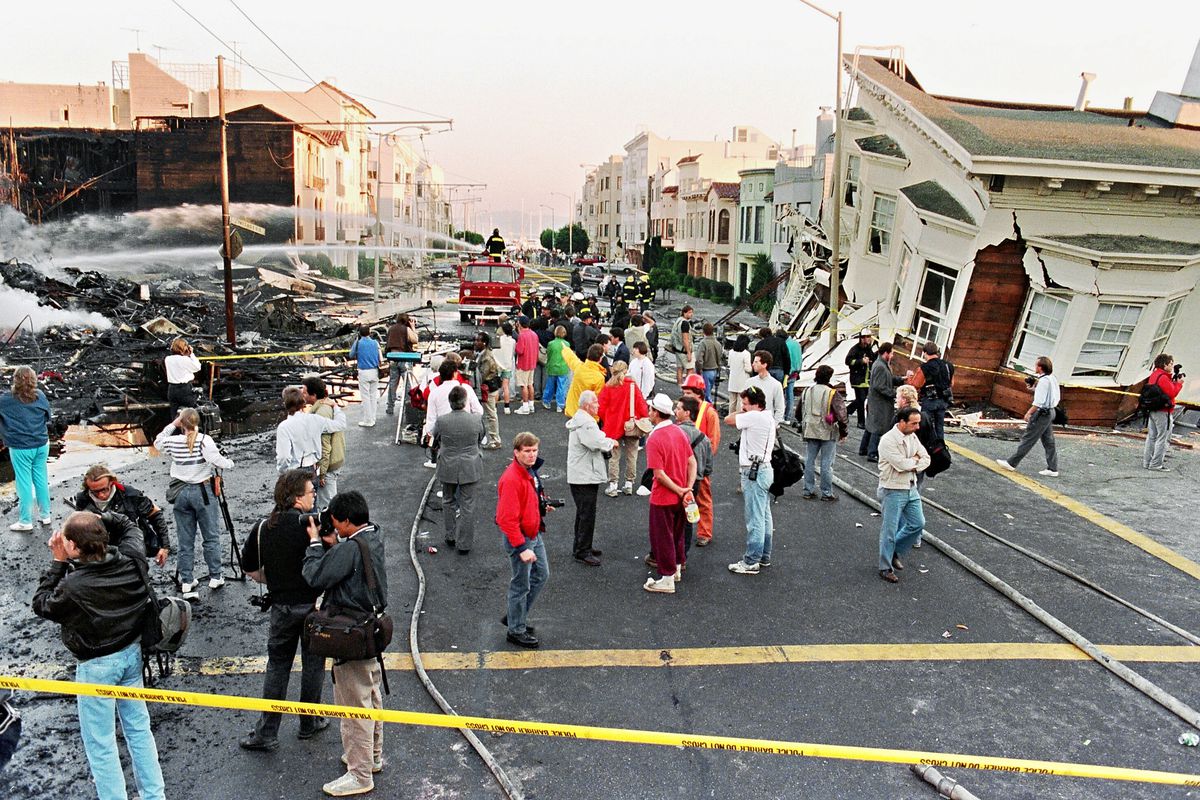 Firefighters extinguish fire in the Marina District following the 1989 quake, which killing an estimated 63 people. Photo by Jonathn Nourok/AFP/Getty Images

After the 1906 earthquake and fire, San Francisco took special pains to build new firefighting infrastructure to ensure that, when the next big one came, future generations would not have to rely on the easily damaged civilian water mains that failed back in the day.

But the city's most recent civil grand jury warns that the extant Auxiliary Water Supply System (AWSS) created for emergency firefighting leaves outlying neighborhoods like the Sunset and Bayview neglected, putting those residents in critical danger during a major fire or other disaster.

"We have long outgrown the protective reach of the system we inherited," warns the grand jury report, published in July.

"The time to act is now, before it is too late," the report adds.

A civil grand jury is a special body of "19 members representing the citizens of the City and County of San Francisco by investigating, evaluating, and reporting on the operations and actions of local government officers, departments or agencies."

Each year, juries (which may include anyone who is at least 18 years old, a U.S. citizen, an SF resident for at least one year, and possesses "ordinary intelligence, good character and a working knowledge of English") audit various functions of city government. The July report concerning fire and earthquake threats is just one of four released this year.

Among the jury's alarming findings: 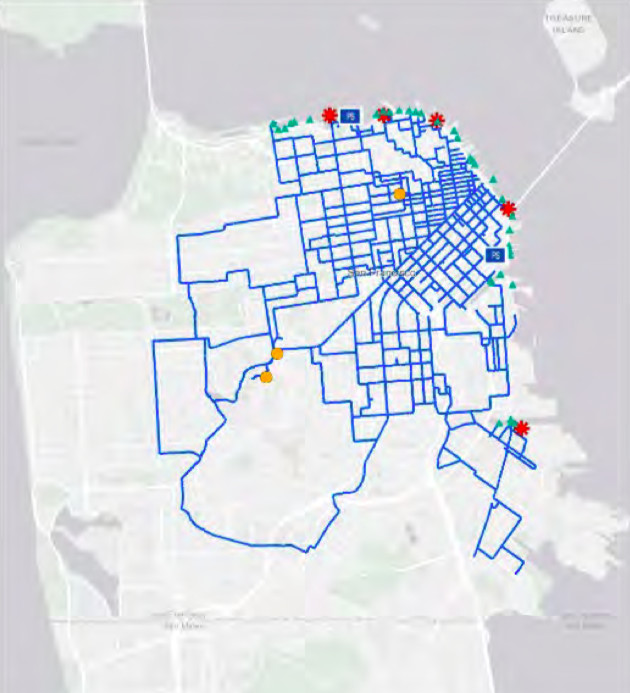 The grand jury found that areas like District Six—which covers the Tenderloin and SoMa—has 27 miles of backup firefighting plumbing and 366 backup hydrants, while District Three—which includes North Beach and Chinatown—has 23 miles and 327 hydrants.

On the other hand, District Four, covering the entire Sunset, has zero miles of high-pressure water mains and just three hydrants. District 11, spanning the city's southernmost neighborhoods like Excelsior and Crocker-Amazon, has only one mile of AWSS mains and just 24 hydrants.

While the city's northeastern neighborhoods have more firefighting infrastructure due to the area's density, the report warns that outlying neighborhoods are dangerously neglected relative to their current populations.

Even within seemingly well-served districts, dangers persist. District Ten has 18 miles of AWSS mains, but the report warns that almost none of them serve the Bayview and Hunters Point areas to the south.

If a major earthquake happens before the AWSS expands out of its current northeastern concentration, the San Francisco Fire Department may find itself quickly tapped out while trying to stop the spread of post-quake fires in these neighborhoods.

In response to the findings, Edward Wright, an aide to Supervisor Gordon Mar, whose District Four is almost entirely neglected in the current system, tells Curbed SF that City Hall has hearings scheduled over the results of the grand jury report in September.

"In the meantime, Supervisor Mar has cosponsored the Earthquake Safety and Emergency Response Bond introduced for the March 2020 ballot, which, if passed, will provide much-needed funds for expanding AWSS," says Wright.