[CaliforniaDisasters] Wildfire Acreage Way Down in California This Year — So Far

Published 2 hours ago | Updated 57 minutes ago 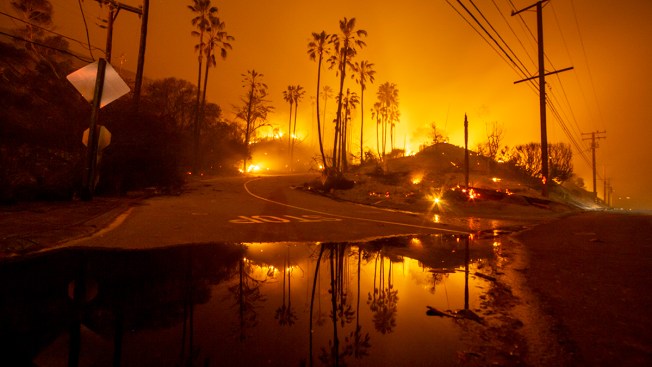 California is not burning. At least not as much as it has in recent years.

Acreage burned through Sunday is down 90% compared to the average over the past five years and down 95% from last year, according to statistics from the Department of Forestry and Fire Protection.

The stats are good news for a state that has seen terrifyingly destructive and deadly blazes the past two years, but the worst of those fires occurred in the fall.

The precipitous drop could be due to the amount of precipitation the state received during a winter of near-record snowfall and cooler-than-average temperatures — so far.

Scott McLean, a spokesman for CalFire, said the state hasn't dried out as quickly this year and the temperatures haven't been as consistently hot. Hot spells have been followed by cooler weather and winds haven't been strong.

"It's a roller coaster with temperatures this year," McLean said. "There have been very little winds so far. We're crossing all fingers and appendages."

The most current U.S. Drought Monitor map released last week shows only a tiny portion of California listed as abnormally dry. A year ago, almost the entire state was listed in a range from abnormally dry to extreme drought.

Even after another very wet year in 2017 when Gov. Jerry Brown declared the end to a years-long drought, hot weather quickly sapped vegetation of moisture and nearly 4,000 fires had already burned more than 350 square miles (906 square kilometers) at this time of year. In October 2017, fast-moving, wind-driven blazes in Northern California killed 44 people and destroyed thousands of homes.

Last year began with less rainfall and a smaller snowpack and the state dried out even faster with more dire the consequences. It was the worst fire year in state history in both acreage and deaths with the Camp Fire in November wiping out the town of Paradise, destroying nearly 15,000 homes and killing 86 people. At the same time, a Southern California wildfire burned across the Santa Monica Mountains and destroyed more than 1,500 structures.

Through the same date last year, a total of nearly 4,000 fires had burned more than 970 square miles (2,512 square kilometers). The number of fires this year, about 3,400, is only down about 15% from last year, meaning the fires are much smaller.

Typically, 95% of the fires CalFire fights are smaller than 10 acres and "boy are we living up to that," McLean said.

The state's figures don't compare data on fires on all federal lands, which account for about 45 percent of the state's acreage.

Fires on U.S. Forest Service land this year, however, have also declined. To date, only 41 square miles have burned in national forests, compared to 350 square miles at this time last year, according to fire officials.
Source: https://www.nbclosangeles.com/news/local/Wildfire-Acreage-Way-Down-in-California-555318951.html
--
_._,_._,_
Groups.io Links: