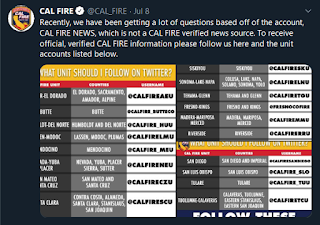 On July 8, 2019, the official Twitter account for CAL FIRE tweeted the below message in regards to Robert O'Conner's CAL FIRE NEWS Twitter account and associated blog. This was triggered by confusion some people were having with whether Robert's account was actually associated with CAL FIRE. Added to that confusion was Robert's bat-shit crazy personality and outlandish conspiracy theorism and anti-establishment perspective which bleeds into some of his online activity. Understandably, some people would be confused seeing non-objective commentary on what they believed was an official government information outlet.
CAL FIRE Tweet:
"Recently, we have been getting a lot of questions based off of the account, CAL FIRE NEWS, which is not a CAL FIRE verified news source. To receive official, verified CAL FIRE information please follow us here and the unit accounts listed below." 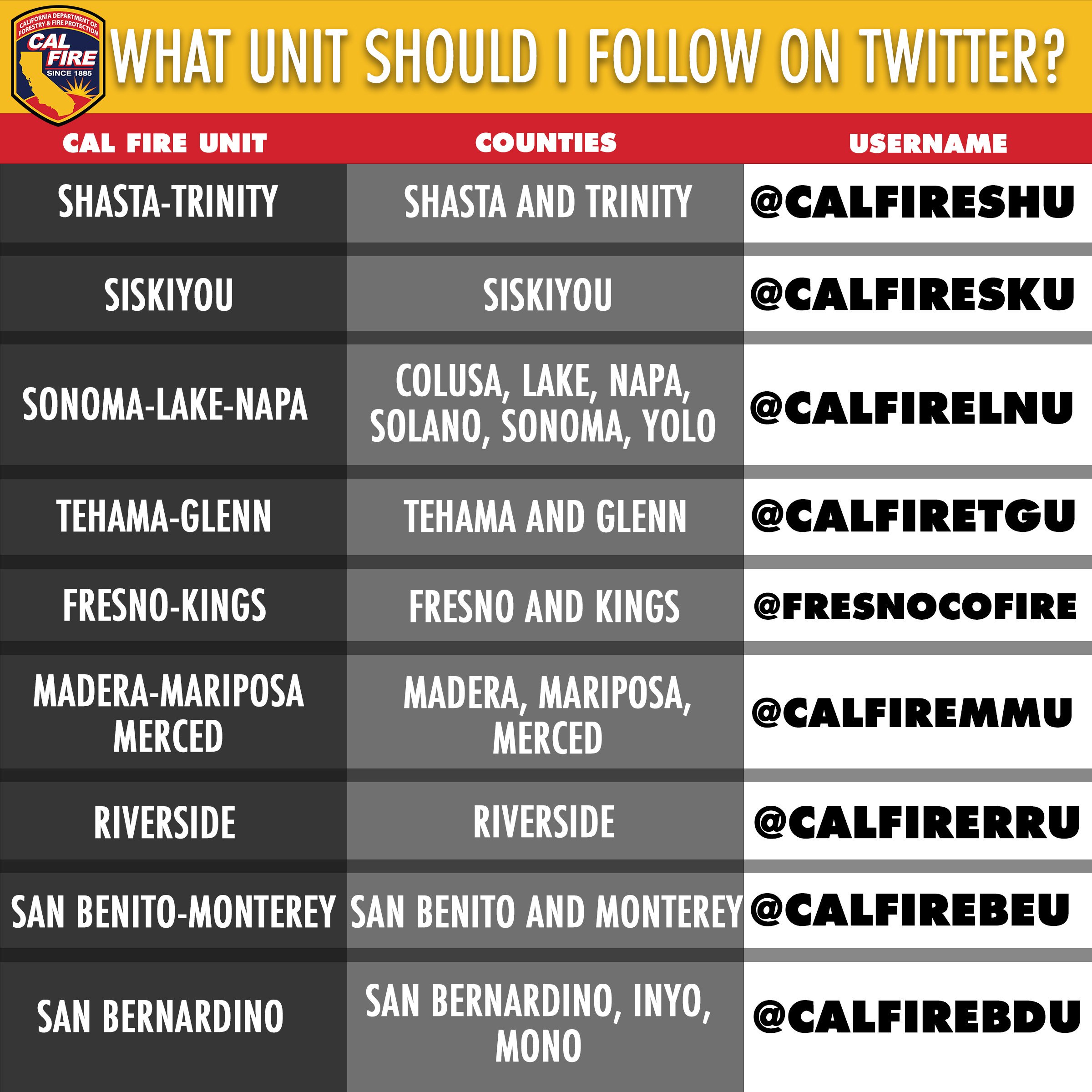 If you visit the actual Tweet above HERE, you will notice a firestorm response from Robert O'Conner who comes unglued and loses his shit over CAL FIRE quite reasonably and without commentary about CAL FIRE NEWS merely clarifying the lack of connection between the two.
Remembering past problems California Disasters has had with Robert O'Conner I looked back in the archives and found this post from August 31, 2014, on California Disasters back when it was still on Yahoo Groups:
"ADMIN READ: California Fire News Spam on Yahoo Groups

Yesterday, Robert O'Connor who is the force behind the Cal Fire News, sent out a mass fundraising campaign emailing to the various Yahoo Groups he is on, to wit, the California region fire and scanner groups. These emailings also went directly to individuals including myself, as well.

I don't typically get into these things here but I have had problems with this man in the past on multiple occasions over different matters. His latest course of action stinks of high hypocrisy given his bossy, self-righteous, and condescending shit fit with me in the past over my posting links to my blog on the very exact same Yahoo Groups. However, in my case, I was not asking for money and my blog is not monetized, but rather my content directly related to the groups in question.

Adding to presumptuous of this is the mysterious stoppage of new posts on Mr. O'Connor's blog seven weeks ago today and yet he is asking for five grand these seven weeks later with nary any new content.

This man was banned from this group yeas ago because during the Tea Fire in Montecito he was directly lifting content from California Disasters verbatim and posting it on California Fire News without any attribution whatsoever.

As if this wasn't bad enough this guy abhors and reviles law enforcement of all types in all situations while apparently sympathizing with all types of protestors and anarchists and rioters. Given the rank liberalness of BayScan he is allowed to run amok there and dissenting voices are moderated which is why I do not do that group the honor of ever sharing anything.

Needless to say, I will not be contributing a cent to this man's $5000 Fundly fundraiser and I do not recommend anybody do so either.

Kim Patrick Noyes ~
California Disaster Owner"
The email message to which I refer above looked like this:
I share this here and now as a warning to those of you on the Internet following various sources of information related to wildfires and disasters so that you are better informed regarding this source of information and the level of support you wish to give it. I make no recommendations but merely give you information for which you may make your own choices.
Kim Noyes
Owner/Moderator